Alex Rins: ‘Everybody can imagine where I will go next year’

The Spaniard’s future home, following Suzuki’s MotoGP withdraw, was all but confirmed when current LCR rider Alex Marquez signed at Gresini Ducati for 2023.

“We are almost done, everybody can imagine where I will go next year with the exit of Alex Marquez [from LCR] going to Gresini,” Rins admitted.

“Still, it is not official because I did not sign, the last signature, but we are quite close so maybe in the next days it will be [done].”

The triple MotoGP race winner explained earlier in the Assen weekend that his priority was to have a 2023-spec bike next season.

Of the opportunities available to him, a 2023 machine was something only LCR could offer, with Gresini running GP22s and the new RNF Aprilia squad also set to use year-old bikes.

“In the end I was managing the Ducati option - the Gresini option - or the LCR option,” Rins revealed. “We were talking with Ducati and they did not give me an official [2023] bike.

“I was fighting for an official bike and Honda was able to give me that possibility. It’s a nice project because right now, the bike is not going so good in terms of results, so let’s see if we can manage to make a good bike.

“I like a challenge because I think that we did a really good job [developing the bike] at Suzuki and so we can do something similar for Lucio [Cecchinello],” Rins added.

HRC is expected to have both Suzuki riders in their line-up next season, with Rins’ team-mate Joan Mir set to join Repsol Honda alongside Marc Marquez.

Current LCR rider Takaaki Nakagami and Moto2's Ai Ogura head the rumoured list of candidates for the second satellite seat, next to Rins. 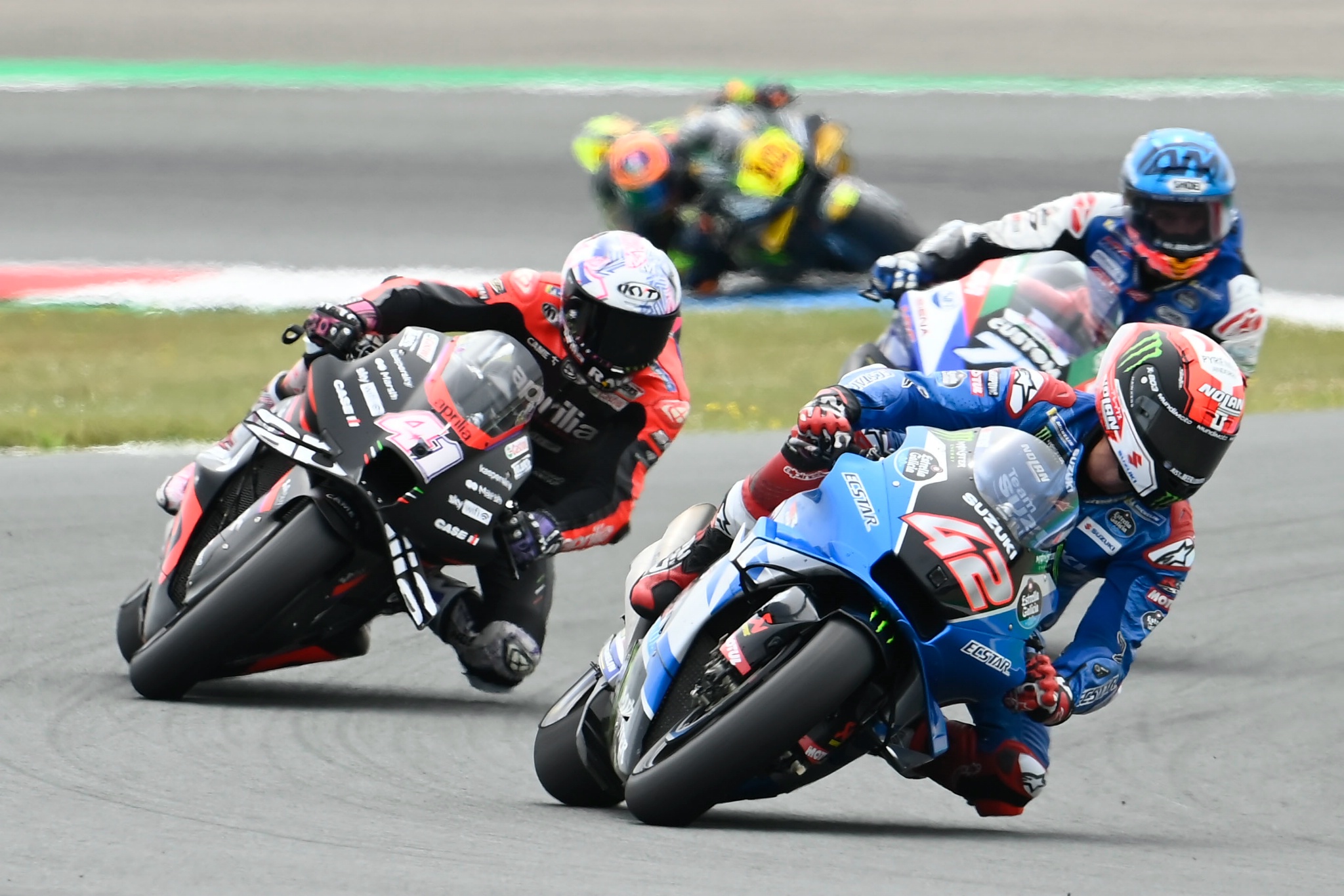 Rins completed his first race since the wrist fracture in Barcelona in tenth place at Assen on Sunday, his hopes of a stronger result thwarted by a bad start.

“I don’t know if I was missing the feeling for the starts, after missing the last race, but something strange happened that we are not used to,” he said. “I was starting P9 but then I crossed the finished line [to end lap 1] in P16.

“So I lost a lot of time and also it was a little difficult to warm the rear tyre. When Aleix overtook me, I was trying to follow him, but not enough.

“I was not feeling super confident with the bike, so in the end I arrived to Oliveira and Mir, and I stayed there. Because I had no power in my right hand. Maybe from compensating too much (for the injured left wrist].

“It is what it is. We finished the race, taking points for the first time since Portimao. Let’s understand this race and be stronger for Silverstone.”

Mir finished less than half-a-second ahead of Rins in eighth and is now two points ahead of his team-mate for seventh place in the world championship standings.