Starting eighth and ninth, both Bastianini and Martin climbed up the order to finish four spots ahead of their qualifying position, while a direct on-track battle between the pair took place during the closing stages of the British MotoGP at Silverstone.

It’s a battle that Bastianini got the better of after once again demonstrating exceptional late race pace.

Bastianini was unlucky to find himself sandwiched between Martin and Marco Bezzecchi at the start, an incident which saw him lose a winglet in the process. However, the Italian fought his way back through the leading group before making a late move on the Pramac rider.

Had it not been for losing time at the start and during his battle for sixth with Fabio Quartararo, the three-time race winner in 2022 could have been on the podium.

With that said, Martin was also impressive as he latched onto the podium fight early on. Showing sizzling pace, Martin looked on course for a podium around mid-race distance before Maverick Vinales and Bastianini found more pace.

“They make our decision very difficult,” Tardozzi told BT Sport when it comes to which rider will be promoted next season. “Both riders, whoever is in Pramac and whoever is in the factory team, will be treated exactly the same.

“It is just a matter of [team] colour. Right now, they are treated the same even if Bastianini has last year’s bike. Between Austria and Misano, we will announce the riders.”

Whichever rider is granted a promotion to the factory squad will be team-mate to Francesco Bagnaia, who took one of his best wins in MotoGP at Silverstone.

Lacking pace compared to his title rivals and other Ducati riders such as Jack Miller and Johann Zarco during practice, the Italian found a level of performance during the Grand Prix that shocked Ducati management.

"Pecco [Bagnaia] showed us something we didn’t expect," Tardozzi continued. "We know he is a champion, a fast rider, but he showed something incredible. Nobody was betting on him after practice or warm-up but he found something within himself. 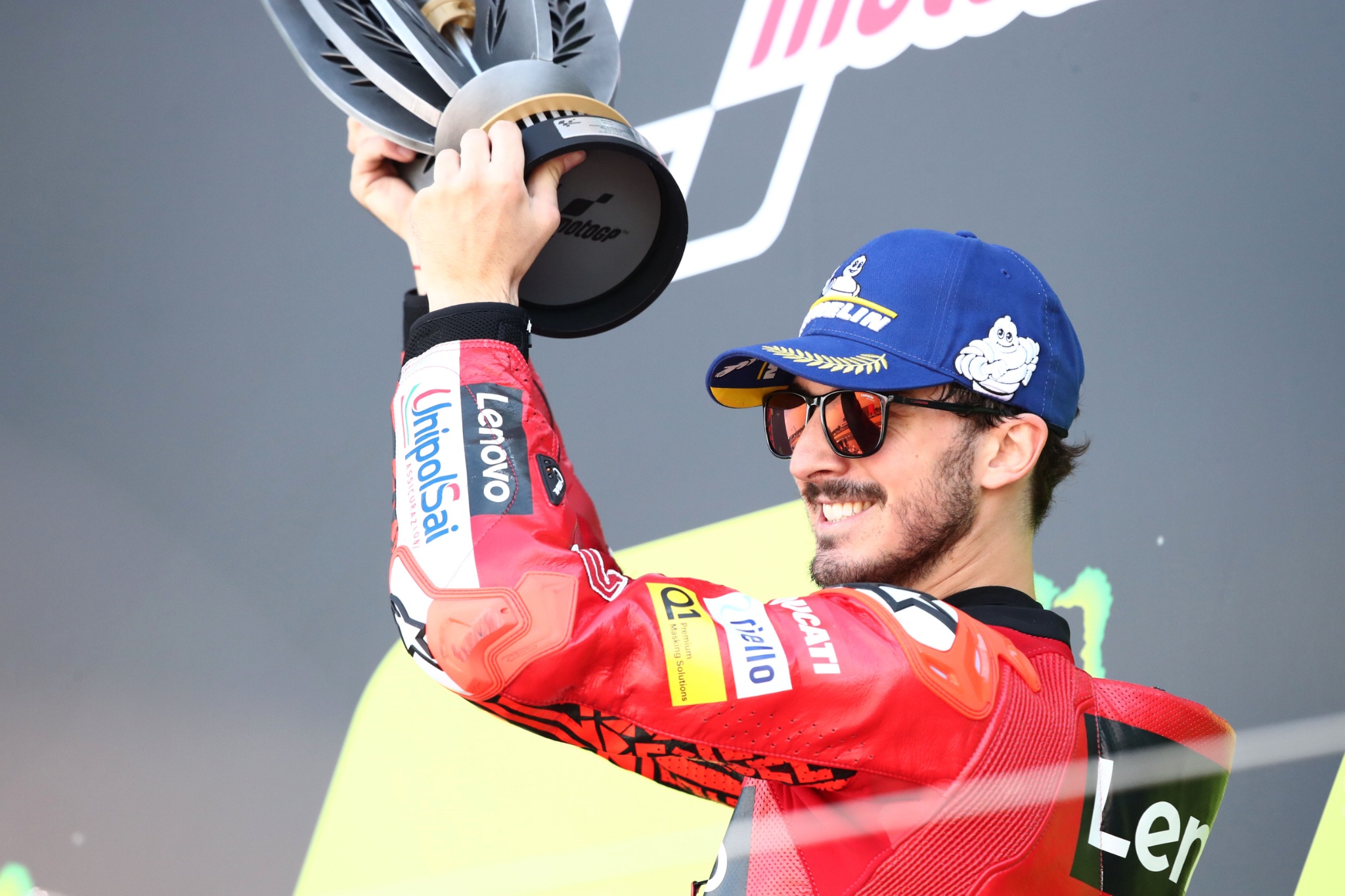 "He had a long, long talk with his engineers and telemetry guy and he understood something [which clicked]. I guess Valentino [Rossi], for all the riders in the academy, is a guru. He said a few words.

"There is a very, very good relationship between Valentino and Pecco. Sometimes he gives advice which makes a huge difference.

"I think that the next three races will suit Pecco and Ducati. We’ll see what Fabio [Quartararo], who is a real champion, can do on those three tracks."

‘I was not in a good mindset’ - Bagnaia

No to take anything away from Bagnaia’s previous MotoGP victories as races such as Aragon last season were outstanding individual performances, but they were all largely based on him being the quickest rider that weekend, and therefore the pre-race favourite.

But at Silverstone that was far from the case.

91 points behind Quartararo heading into Assen, Bagnaia is now only 49 behind the reigning world champion.

Asked if he’s riding better than ever, Bagnaia was unable to give a clear answer although the last two rounds have boosted that thinking significantly.

Bagnaia added: "For me, in this moment I improved a bit myself. Last part of last year I was fighting well and was very competitive but the championship was already over.

"Now is a different situation and I’m just trying to improve myself because I crashed a lot of times this year. I was not in a good mindset.

"I tried to improve myself in the summer break and understand things with my trainer at home. I don’t want to say that I’m completely okay in that area but I’m trying to improve." 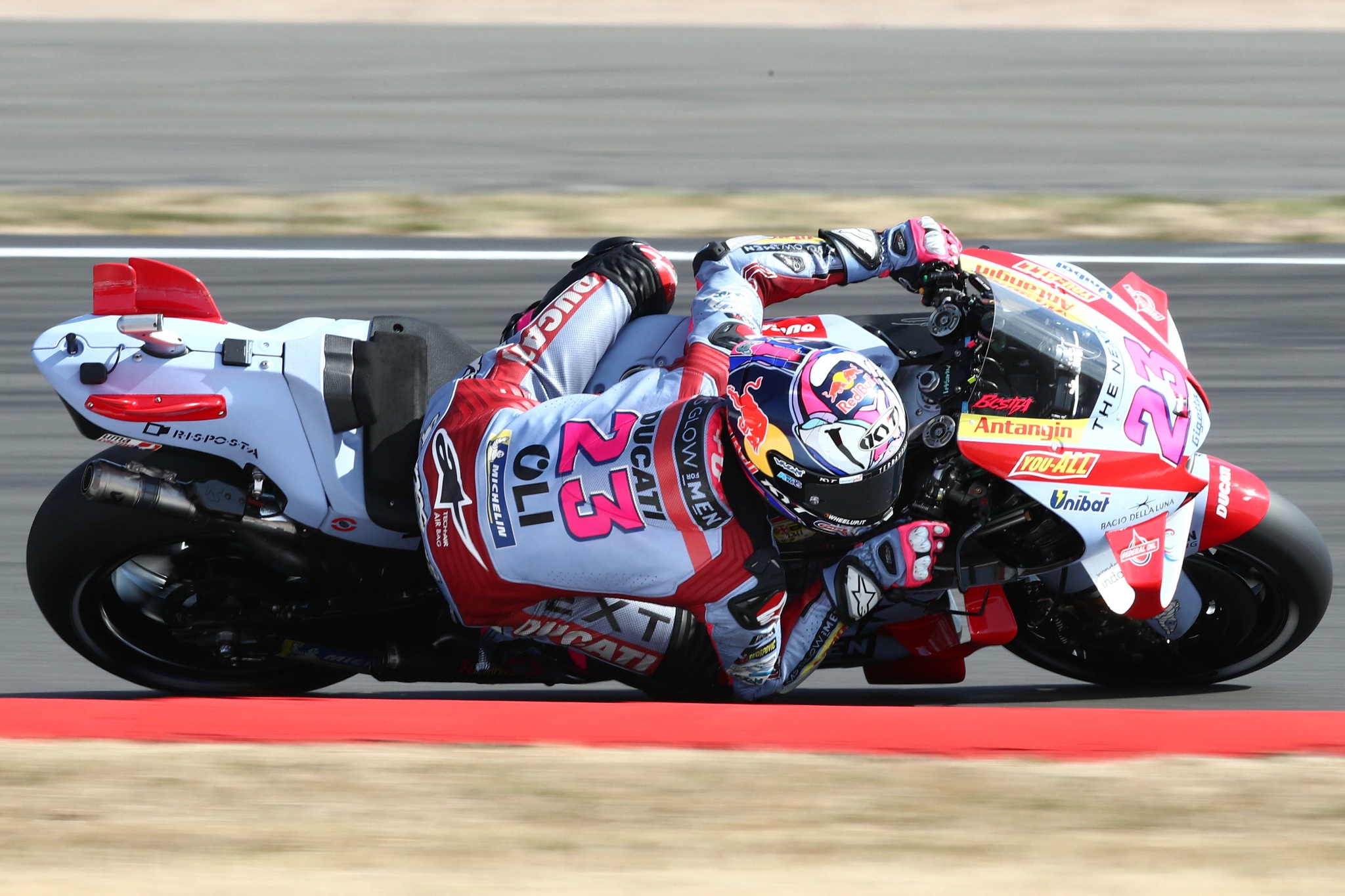 While they were not seen aboard Bagnaia’s triumphant Ducati, several riders including Miller and Bastianini, both of whom finished inside the top five, used Ducati’s latest aero innovation.

Wings on the rear of the bike that looked like the back of a ‘Stegosaurus’, braking was one of the key areas the new aero package was meant to help with. And as the results at Silverstone  proved, it seemed to work well.

But that doesn’t mean it will stay, with Tardozzi saying: "It is an aerodynamic matter. Some riders would like to test it and keep it, others test it and don’t like it, others haven’t tested it. We need to decide after Spielberg."