Bezzecchi: Stoner praise ‘a big pleasure, I hope he saw some good skills’

Bezzecchi has been extremely fast throughout the first half of the 2022 MotoGP season, which was again highlighted by his ability to stay with Francesco Bagnaia for large parts of Sunday's Dutch Grand Prix.

Despite failing to win the Moto2 title before joining Ducati in the form of Valentino Rossi’s Mooney VR46 team, many expected Bezzecchi’s talent to translate well to MotoGP, with Stoner very much part of that thinking.

During a visit to the MotoGP paddock at the 2021 season-finale, Stoner shed high praise for what Bezzecchi was able to do on a Moto2 machine: "Bezzecchi has something, maybe extra, but I haven’t seen it enough [in 2021].

"I saw something in him, the lines he was able to do I didn't see others do. I'd like to see what he can do in MotoGP with more power."

Still Ducati’s only MotoGP champion, Stoner’s assessment of Bezzecchi has proven to be very accurate as the Italian has been the best rookie so far this season.

Seven months later and Bezzecchi is now a podium finisher in MotoGP after he claimed a brilliant P2 in Assen.

Speaking about the praise he received, Bezzecchi called it a ‘big pleasure’ although it’s unclear to him what Stoner saw in his riding. 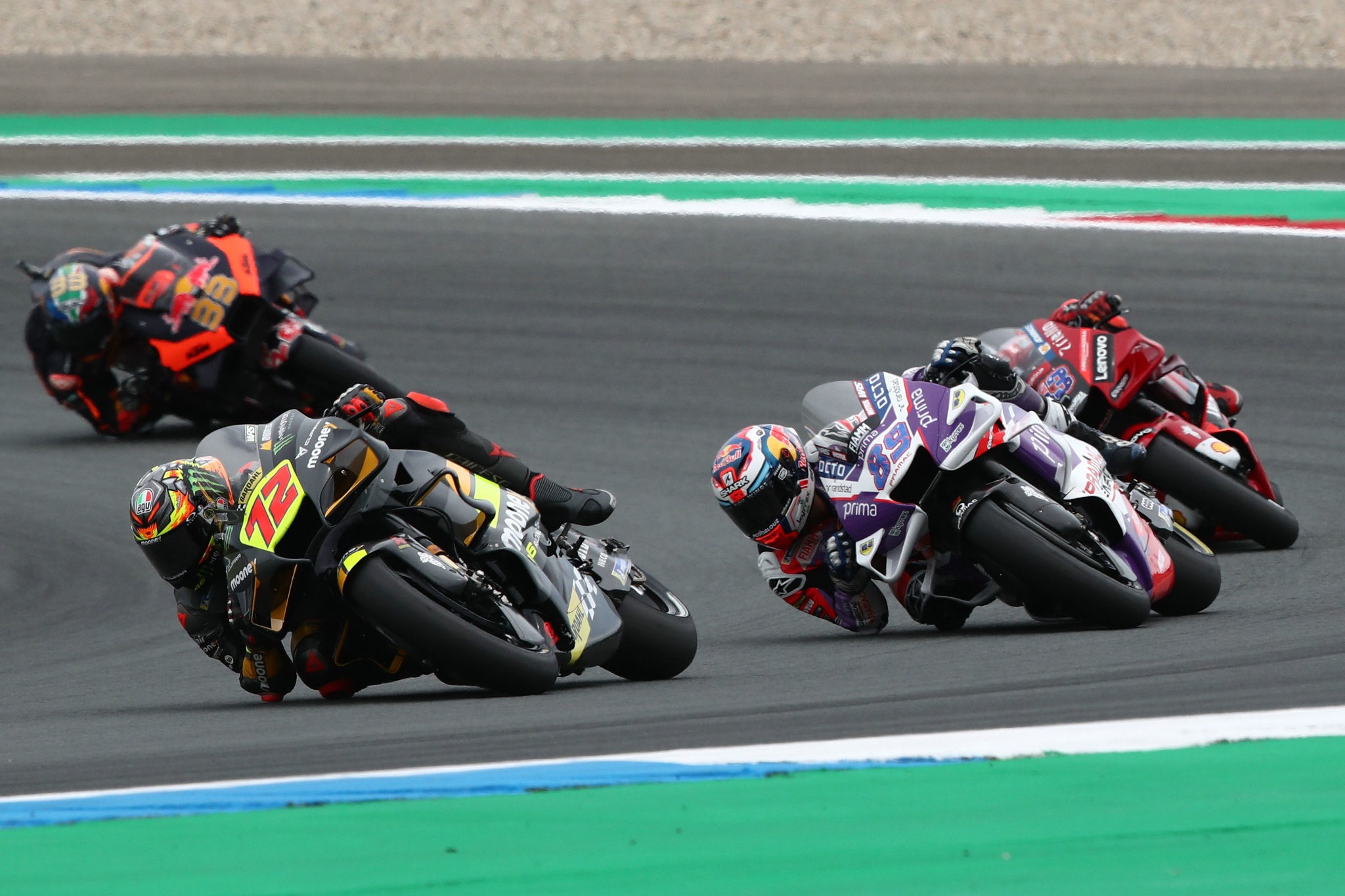 "I met Casey [Stoner] in Valencia last year but I didn’t really speak a lot with him. We just said ‘nice to meet you, how are you’," stated the 23 year-old.

"So, I didn’t speak with him about this [comment], but I saw the interview and it was a big pleasure to me and to know he’s thinking of me like this. But honestly, I don’t know what he saw, I hope some good skills."

Having done most of his race runs on the medium tyre, Bezzecchi put his trust in crew chief Matteo Flamigni to make what was a bold decision to use the soft rear tyre for Sunday’s race.

And while it was a call that Bezzecchi questioned whilst sitting on the grid, it ultimately turned out to be a very good one.

"For me it was an incredible race," added Bezzecchi. "Honestly, I didn’t know what to expect with the soft [rear tyre]. We worked well [during the weekend] but with the medium.

"I brought the medium to race distance and I did not expect that the medium was not good. Seeing in the qualifying that I was very fast, I did not think it was possible to be so slow with the medium.

"But with the soft I was making a maximum of six laps [race distance]. Matteo [Flamigni] gave me a lot of confidence in this choice because I wasn’t really sure. Still sitting on the grid I didn’t know what to do but he said ‘we put the soft, don’t worry. You are good’. 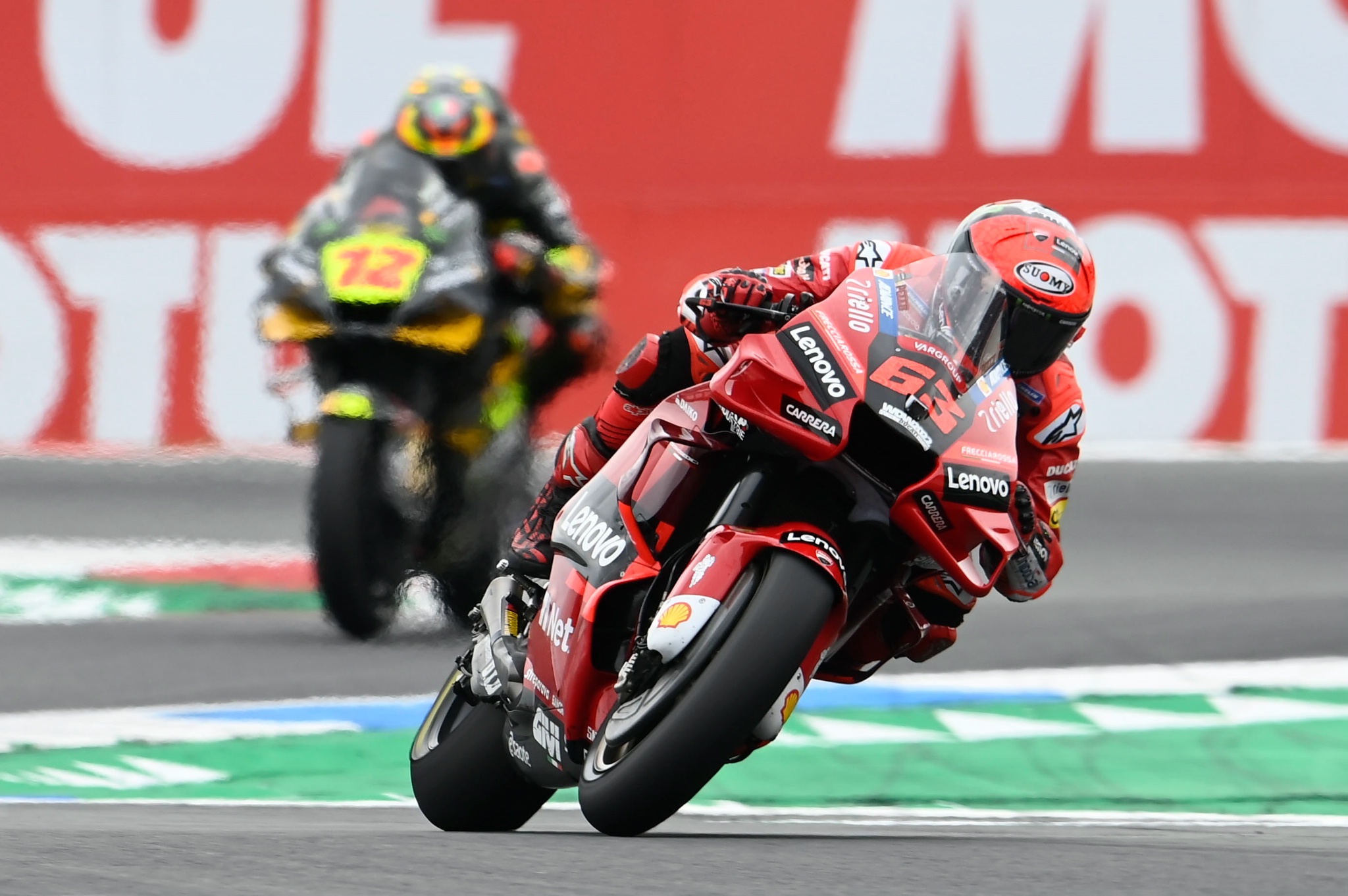 "When I saw Pecco in front I tried to go with him because I didn’t want to catch him; well if I could I would try, but the target was to escape from the others because Maverick [Vinales] was very fast. [The podium] is a fantastic feeling."