‘It was a dangerous movement’; Marini ‘lucky not to crash' after Mir contact

The 2020 MotoGP champion had already suffered contact with Miguel Oliveira before lining-up at his grid slot - the Suzuki rider braked sharply in order to activate the front holeshot device as Oliveira clipped the rear of his GSX-RR.

The incident cost Oliveira his right winglet and around one tenth per lap, according to the KTM rider.

Then, a second dose of contact was made as the lights went out, with Mir electing to take the outside line after getting an impressive launch.

But as he attempted to do so Marini moved slightly back across, which led to Mir hitting the Italian.

Regarding the two incidents, Mir told MotoGP.com: “On the contact with Miguel [Oliveira], I arrived at my starting point and then I braked hard to activate the holeshot on the front. For some reason he didn’t expect that I braked and he touched me.

“I think he lost a wing, but it was a pretty hard hit. Luckily we could start the race.

“Then with Luca [Marini], I started pretty well and was faster than him so I could go a bit left to take the outside, but then he wheelied a bit so we both touched.

“Luckily we could continue the race because it’s not a good place crashing.” 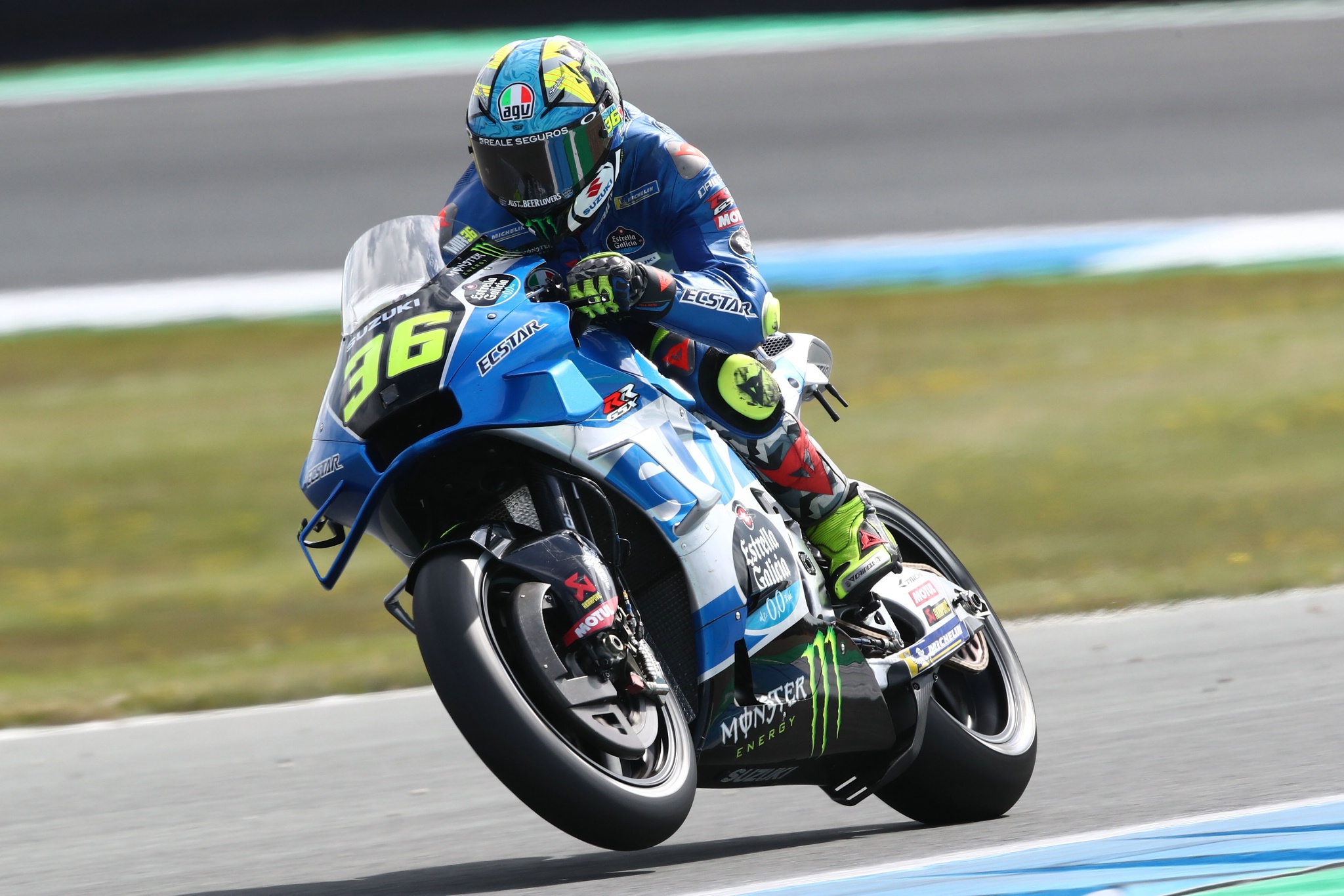 Of the mindset that both moments were just a racing incident and one where all three riders were fortunate to avoid a potentially dangerous crash, Mir was unimpacted as he began to move forward in the race, as he so typically does.

By no means was it a classic fightback ride from Mir after the Suzuki rider was again knocked out of Q1, however, the soon-to-be Repsol Honda rider managed to finish ahead of Alex Rins who started five places higher up.

While Mir was convinced that Marini swerved due to the front tyre lifting off the ground, the Mooney VR46 rider believed the Spaniard was the one who initiated the contact.

"On the bike I just made my start, made my line and Joan [Mir] cut my line. I don’t know why," Marini said: "Maybe it was not his fault because when the bike starts to wheelie it can be difficult to control.

"But for sure, it was a dangerous movement. I tried to avoid contact but it was impossible. I was lucky to not crash there as there were many riders behind me."