Keith Huewen: 41,000 fans is a statement, MotoGP needs to be cool again

With a Long Lap penalty from Assen for world champion and title leader Fabio Quartararo, the British MotoGP was always going to be unpredictable - and didn’t disappoint.

Four different riders took turns in the lead, with a continuous stream of overtakes throughout the field and the podium places ultimately covered by just 0.6s at the chequered flag.

But the thrilling race was witnessed by just 41,002 trackside fans, down from 67,000 last year and a fraction of the sell-out 142,000 spectators for last month’s Silverstone F1 race.

So why the drop?

“I know Silverstone, they've got great road infrastructure and it's really well organised. But to drive straight in at 8am on a Sunday seemed odd to start with,” said former British champion and Grand Prix rider Huewen.

“41,000 is half of what it should have been, considering the package that was being put forward. We had three fantastic races. OK, we're not to know that in advance, but we also had the best weather consistently through the week I've seen for a British Grand Prix. Everybody knew it was going to be beautiful weather.

“Now there are some things that you could argue... £90.00 for a ticket on Sunday. 30 odd quid for a car park on top of that. It is expensive. But you're talking about seeing the world’s best in Britain for MotoGP.

“It was free on television, the first time ITV had got it as free to air. Obviously, BT were airing it as well, so their figures will have been down. Maybe trackside figures are down again because of ITV.

“But most people that follow bikes - and there are more than 41,000 of them – know that being trackside is the best atmosphere. To see a motorcycle on a track. You can't replicate that on TV.

“You can have as many bounding presenters and well-known people walking through the camera as you like. But you're never going to better, in my case, making the short walk to the end of the paddock and just standing on the inside of Copse corner to watch every class.

“It was just fantastic. I'm sitting here and the hair on my arms is going up thinking about it.

“I think Silverstone did a fantastic job. I really do and they really seem to care. In the past I was screaming from the rooftops that they don't care. It's all about Formula One. Nobody in the BRDC gives a flying wotsit about motorbikes.

“It was genuinely that way but it isn't anymore. The BRDC suite is full of famous car race names and bike people from the past and they really care about what's going on…

“[The attendance was] very disappointing. Especially off the back of a fantastic Formula One Grand Prix. And off the back of the pandemic. This is the first time [since then] that it's really been a fully open do-what-you-like MotoGP in Britain.

“I can't imagine why people didn't go, but I’ve got a few ideas about how we can make it better.”

Before giving those ideas, Podcast host Harry Benjamin, also working on site at Silverstone this weekend, asked Crash.net MotoGP editor Pete McLaren if factors such as the absence of Valentino Rossi and Marc Marquez, the cost-of-living crisis and being so close to the F1 event could have been to blame.

“It could be all of those things Harry and also, did people go to Donington Park for the World Superbike round instead? Costs are lower, there's great racing between the top three in WorldSBK and a lot of British riders at the front, so did fans make a call on WorldSBK over MotoGP this year?

“We’ve had this same discussion about attendance at some other rounds, especially Mugello, and ticket prices - plus in this case parking prices - always seem to be a major factor. 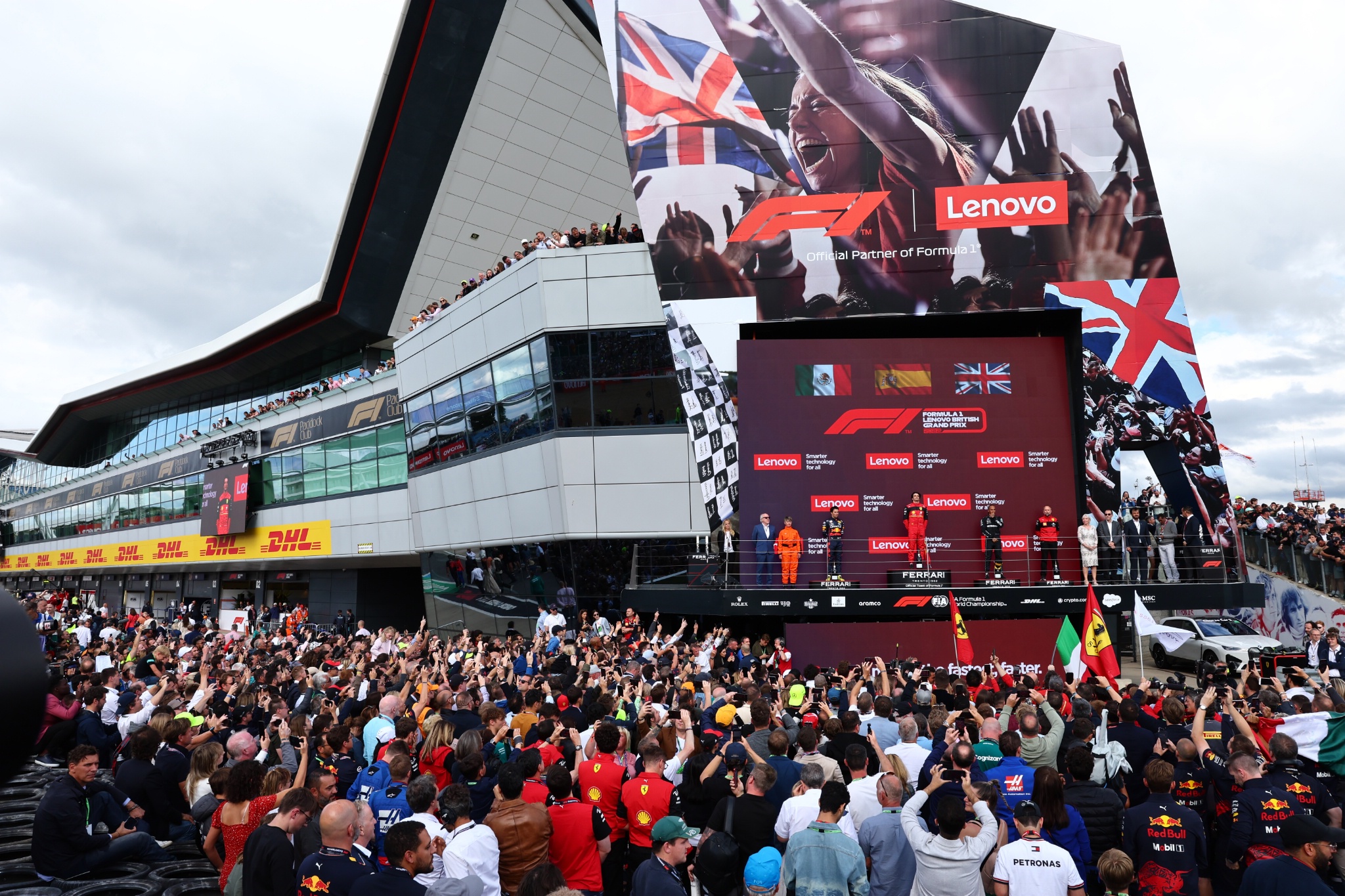 ‘Formula One is propping us up’

Returning to Huewen, Benjamin asked: “So how do we solve this problem? What's the plan?”

“You can't just solve it overnight,” Huewen replied. “If I'd have been Silverstone, I think one of the things that they missed - and I don't recall seeing anything like this - would have been an exit survey of the people on site.

“I'd want to know whether pricing in Ella Eyre and one or two others was actually good value for money, or whether you'd prefer a fiver off a ticket or whatever?

“Then it comes down to things like the parking costs, but I don't think you can get over that issue.

“Bear in mind this is a 500-acre motorsport venue that has no government or local authority subsidy at all, whereas many other tracks around the world get some input from other places.

“Silverstone is a stand-alone operation. They have made mistakes in the past that have cost them dear and they are only really recovering from that… If it hadn't been a good Formula One this year, I would suggest they'd be in trouble again.

“Formula One is propping us up [at Silverstone]! And I hate to say that, but that's a fact at the moment.”

'MotoGP needs to be cool again'

“I think we’re missing a fairly major part of the demographic,” Huewen added. “MotoGP needs to be cool again. We need to be that cool sport that everybody wants to be seen at and be part of.

“A bit like Formula One has become since they've opened up to social media and so on and so forth, since Liberty took it over.

“We all rail against the idea of having those ‘influencers’ in pitlane. Martin Brundle [F1 driver turned TV pundit] is one of my favourites and whenever he bumps into someone who says they are an influencer, he's a bit dismissive as I would be in his position as well. Coming across someone you've never heard of, got no interest in and are never likely to bump into again.

“But that bloke that you don't recognise has probably got two million followers, and he's probably considered to be absolutely cool.

“I met the Gas Monkey guy Richard Rawlings when I was over at the TT. I had no clue who Richard Rollins was, this rather loud American guy, slapping hands with everyone around the TT paddock. But he had a bigger following out there than Peter Hickman.

“We're missing a trick when we've not got people like that trackside.

“But what we really need to be doing is catering just a little bit more to bring in those 14-15-16 year old kids, who force their parents to come to a racetrack - maybe not to watch the racing initially, it's more to see Ella Eyre or whoever it might be that's performing on stage.

“But then all of a sudden, the side product becomes the main product, which is motorbike racing.

"Which is cool, which is brilliant and we have got some great young men like Quartararo and Dixon, that all the kids are going to think ‘wow look at those two up on stage, what great personalities they are'.” 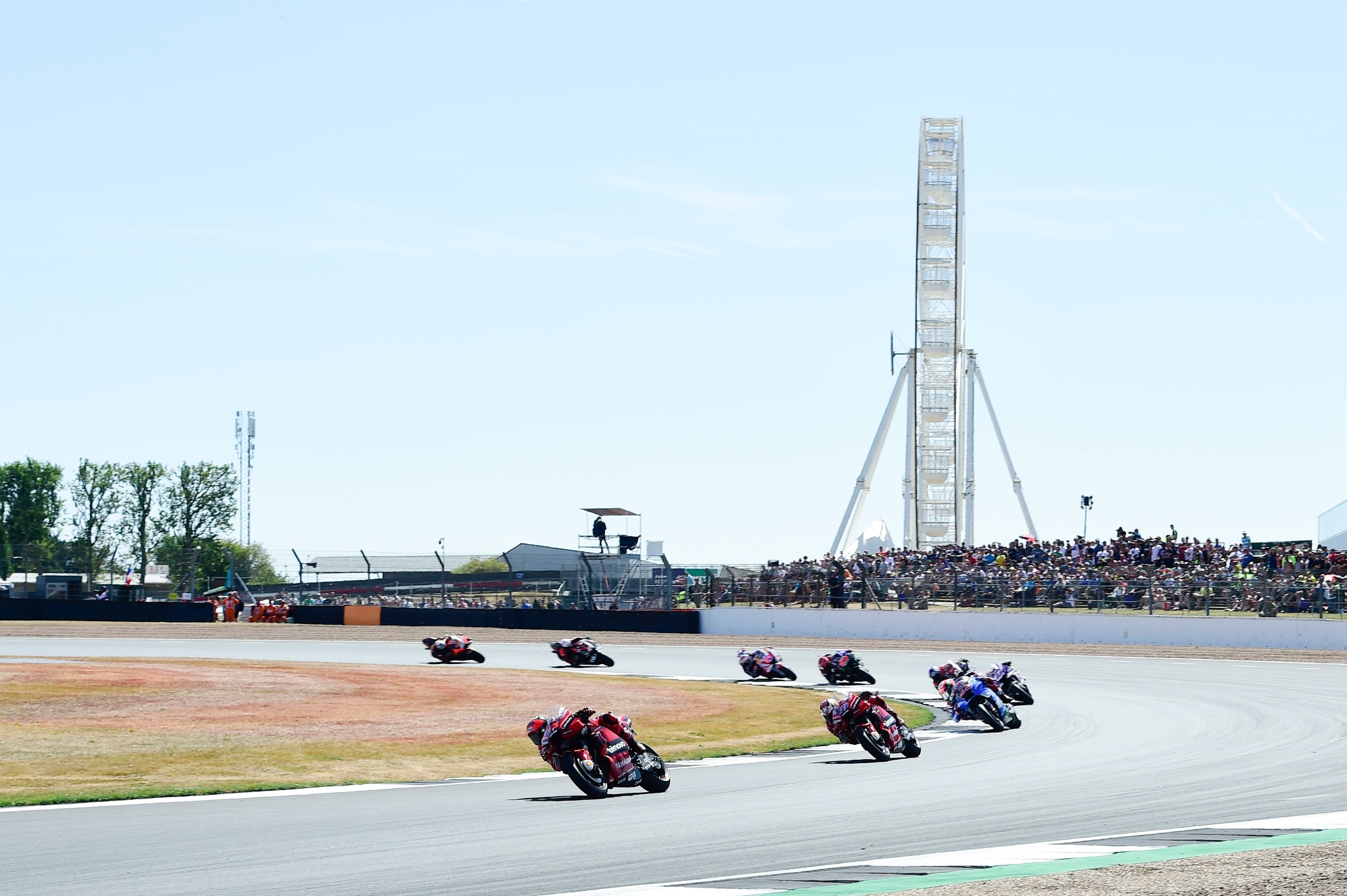 ‘41,000 people trackside is making a statement’

“There are so many things that I think we can do, but we need to do it in advance. I know how hard all of the guys at Silverstone work, but it seems like the biggest two-wheel event went under the radar this year and I don't understand that.

“It also really falls at the feet of Dorna. They've done a fantastic job of getting the rules right. They've made our sport the best it can be. It really is something special. But maybe the emphasis has been so much on the sport that it's not been on the wider situation.”

“I've always said that paddocks should be designed to have big glass areas or fencing or whatever, so fans can see what's going on inside without physically putting them in the paddock.

“And get rid of those advertising boardings that were blocking some of the views from trackside. That’ll be down to the commercial departments, but with so much CGI now you don’t need to physically put advertising everywhere to have it appear on TV, which is where it really matters.

“41,000 people at trackside is making a statement. It should have been 80,000 minimum. People stayed away for more than one reason and we need to work it out.”

Benjamin concludes by inviting listeners to leave their feedback in the YouTube comments section, describing their experiences this weekend or why they didn't go to Silverstone.

The trio then move on to the track action itself, which saw Francesco Bagnaia claim his second victory in a row from a charging Maverick Vinales to recover a massive 42-points from Fabio Quartararo’s title lead in just two rounds.

Jack Miller completed the podium on a day when Ducati riders filled four of the top five places, the kind of form that could soon see Bagnaia breathing down the neck of Quartararo and Espargaro.

The Frenchman lost less than 1.5s during his Long Lap penalty but was unable to fight his way forwards and even came under a late attack from Espargaro, bravely riding with foot injuries from a massive Saturday highside.

Moto2 saw victory for Augusto Fernandez, with rookie Alonso Lopez on the podium for Boscoscuro, while Jake Dixon delighted the home fans with third and Rory Skinner made his grand prix debut.

Both of Aspar’s title leaders crashed out of a dramatic Moto3 race, with Dennis Foggia keeping his championship hopes alive by returning to the top spot from Jaume Masia and Deniz Oncu, while John McPhee and Scott Ogden scored solid points.