Quartararo: I had too much confidence in myself, you cannot do everything

Quartararo, who failed to recover from a Long Lap penalty at the British MotoGP after finishing eighth, has opened up about his struggles during the early part of the year as he attempts to win a second consecutive title.

Prior to Assen, a race in which Quartararo was in position to fight for the victory, the factory Yamaha rider was in a hot vein of form after winning three out of six races.

A significant contrast in form compared to rounds such as Qatar, Argentina and the US where he found challenging for the top five difficult, Quartararo was back to finishing first or second in all but one of those races.

However, that soon changed in Assen when he made his first mistake of the year, which was then followed by an underwhelming British Grand Prix three days ago.

"I was complaining in the beginning of the year because we didn’t really upgrade the bike,” Quartararo told BT Sport ahead of last weekend’s race. “I needed to make a massive change and really put myself even more on the limit.

"The difficulty is more there, rather than thinking about a back-to-back title. I already achieved my dream - winning the world championship.

"When I crashed in Assen I had too much confidence in myself. It can happen that you crash. I thought: ‘OK, you are fast, but you cannot do everything that you want!’" 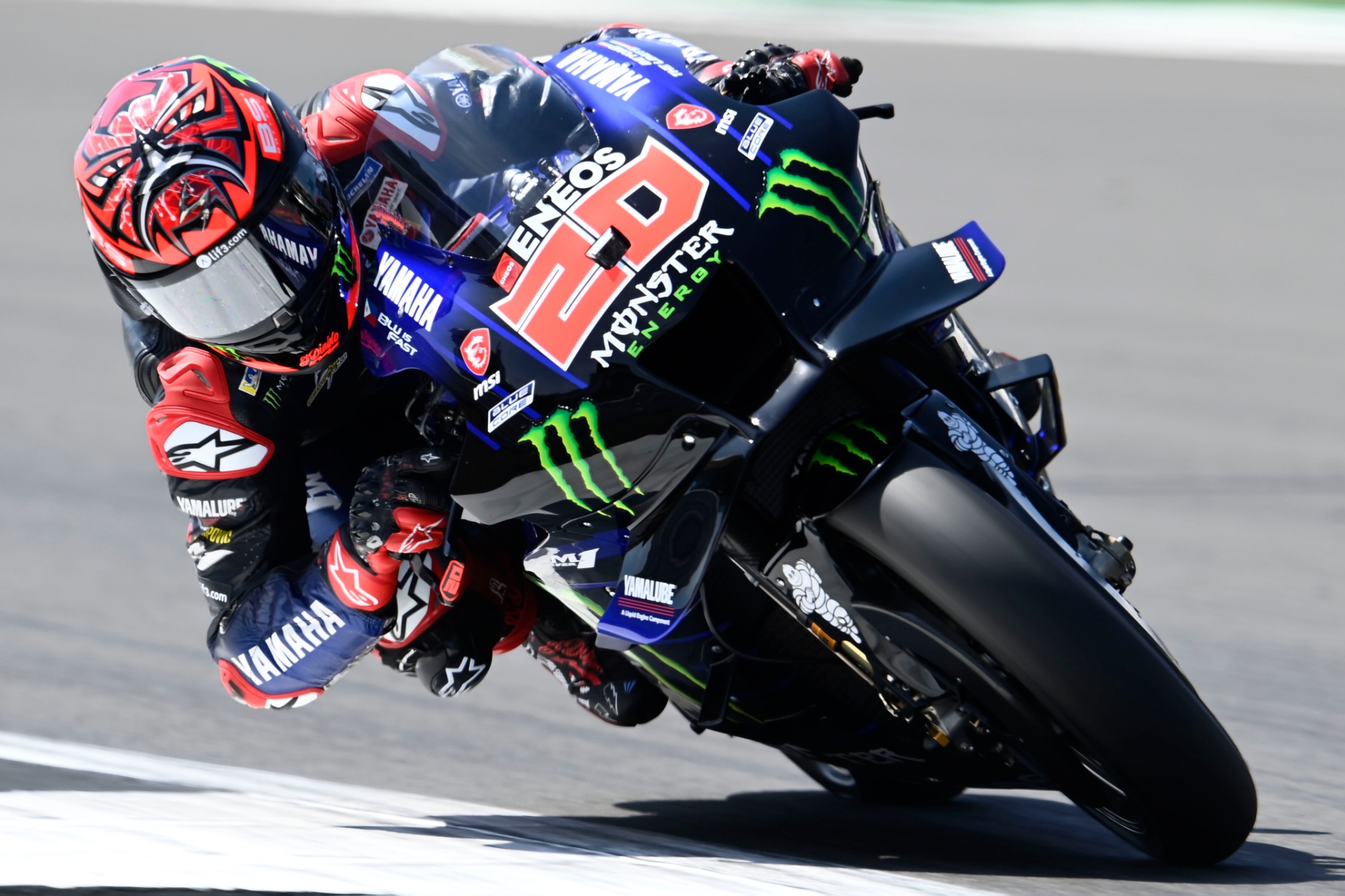 Given the form of main title rival Aleix Espargaro, not only during the opening races where Quartararo struggled, but throughout the entire season, it’s been somewhat surprising to see Quartararo lead the standings by nearly 25 points.

"After Argentina and Austin, being honest with myself, I never expected to win the championship," Quartararo continued.

"I won in Portugal then [did well] in the European races. It gave me a boost in confidence. The tough races that I had in the beginning of the year have made me stronger."

With Francesco Bagnaia winning the last two races and significantly reducing his deficit to Quartararo in the process, a two-way title fight could and probably is heading towards a three–rider battle.