After two podiums during two often punishing seasons at Repsol Honda, Espargaro is expected to return to KTM with a seat at Tech3, the team he made his MotoGP debut with (on Yamaha machinery) back in 2014.

“My future is clear, I have already signed for the next two years, so in the next races, we will announce,” Espargaro said. “I'm quite happy. I'm going in the place I want.”

With Suzuki leaving MotoGP, there will be fewer seats on the grid next year and Espargaro admitted:

“You could end up at home because of the current situation with the bikes. Also with the salaries, it's quite difficult in MotoGP. But I'm a lucky guy because we got a very good bike, with a very good salary, good people around me, and this is everything I was wishing for [for 2023].”

Back to the future? Espargaro, KTM and Tech3

A Moto2 title runner-up to Marc Marquez, Espargaro was then world champion in 2013 before joining MotoGP with Tech3 and Yamaha.

The young Spaniard spent three seasons at the French team before giving up hope of promotion to a factory Yamaha seat and joined team-mate Bradley Smith in headlining the new KTM project.

Over the next four years, Espargaro helped take the RC16 from the back of the grid to five podiums and fifth in the 2020 standings, still the best championship result for a KTM MotoGP rider. 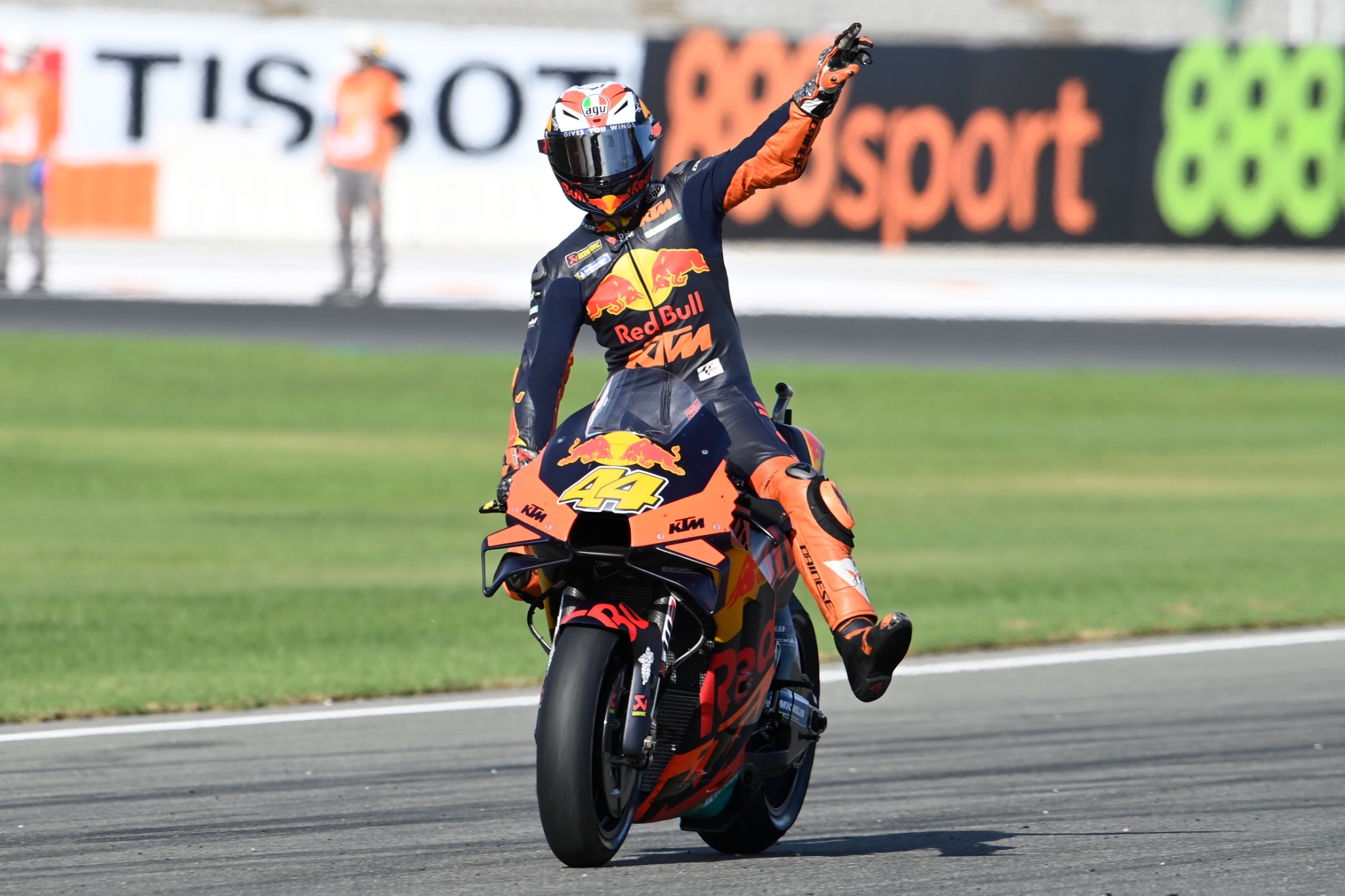 The chance to join Repsol Honda alongside six-time MotoGP champion Marc Marquez proved irresistible for 2021, but the RCV remains a tricky beast.

Major technical changes for this season were initially greeted with delight by Espargaro, who led much of the Qatar season opener. But it proved a false dawn and Honda is last in the constructors’ standings, with no further rostrums since Losail.

But there have been no podiums since and this year’s all-rookie line-up of Remy Gardner and Raul Fernandez are currently last in the riders’ championship.

Espargaro’s return is tipped to be announced during KTM’s upcoming home round in Austria next weekend. 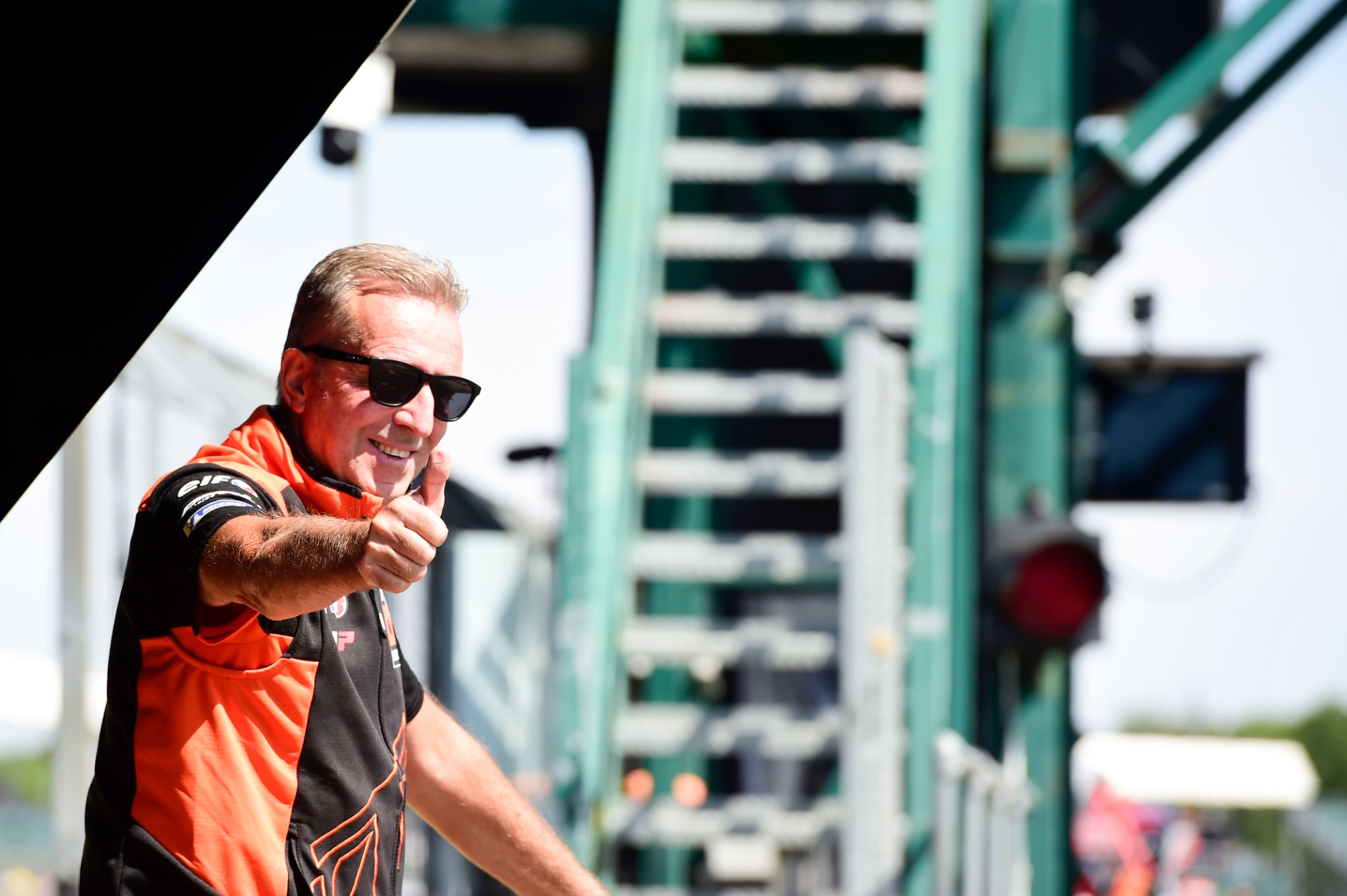 Herve Poncharal: Great memories of Pol, the factory owes him a lot

During an interview with Crash.net at Silverstone, Herve Poncharal was asked what Espargaro would bring to KTM and Tech3 should he return for 2023:

“I like Pol a lot because he is a guy who, it doesn’t matter what is happening around him, which bike, which circuit, which weather conditions. He always gives 110%.

“And when you're a rider, sometimes you don't have the best package. Sometimes you're not in a position where you can win. So you always want to improve and reach the position of having a winning package.

“But to do that you have to have the engineers, the team and the rider in that philosophy.

“If the rider is already thinking ‘my package cannot win today’, they will maybe ride at 90 or 95%. It’s not enough.

“What I like about Pol is he’s always so enthusiastic. And he believes. This is what he left inside the KTM company as a souvenir.

“This guy has always behaved like a leader. You must always believe ‘we can do it and we will do it’.”

“Even though he never won for KTM, he had the highest place for a KTM in the world championship so far. And I think the factory owes him a lot in terms of development, because of how much he was pushing and the technical feedback he was giving.

“The 2021 and 2022 seasons [at Honda] haven't been easy for him…. It looks like nothing is completely clear about the future. So we will see. But I have great memories of this guy as our rider.

“Pol joined us as a rookie in the MotoGP class, and as the reigning Moto2 world champion. Like Dovi [at Tech3 in 2012] he was really hoping to do one year in the satellite operation - and this is what he was more-or-less told [by Yamaha] - and then be a factory rider in his second year.

“That didn’t happen and that shocked him, also because he was doing quite good for a rookie [sixth in the world championship in 2014], he also won the Suzuka 8 Hours [2015 and 2016] and he gave Yamaha 120% of his everything.

“I remember there was some disappointment, clearly, and at the same time – and this is where you see that this guy has balls – he was contacted by KTM and offered that deal.

“But he was young and a lot of riders would have said, ‘no, it’s too early, I need results now, maybe at the end of my career I’ll try something like that’.

“He also had other possibilities; he could have stayed with us, or gone to another manufacturer that was already fighting for wins. But he declined those and said, ‘I like this new project [KTM] because these people talk to my heart, I’m going to go there!’

“And chapeau! He went there, he pushed incredibly, he was back of the grid in Qatar 2017 but was still smiling. In all his time at KTM, he never blamed everything on the bike. This is what I like about guys like Pol. 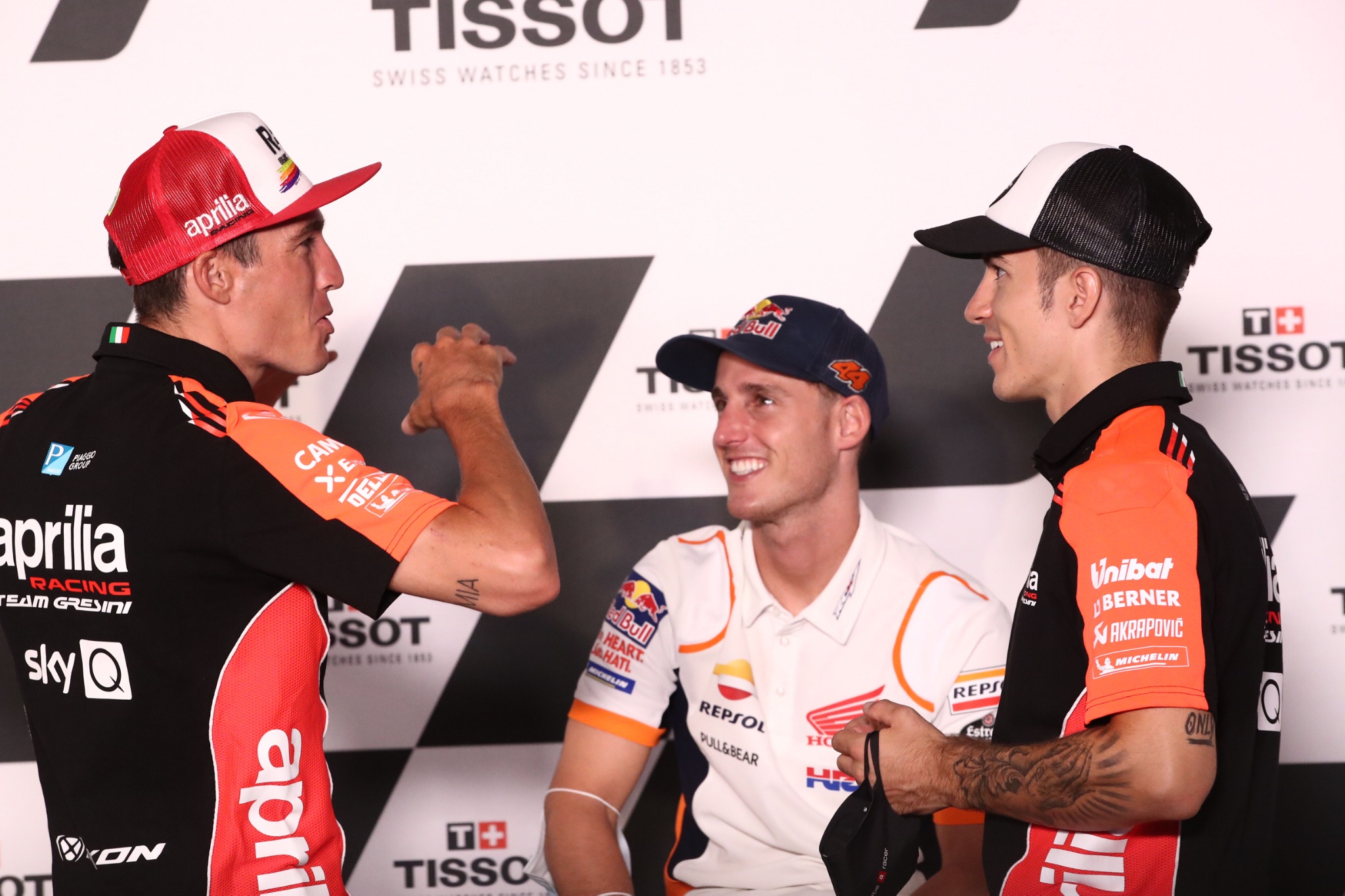 “I’m also happy to see what his brother Aleix is doing this season, because he was always underrated. He brought to Aprilia the will to succeed, the pride, ‘we’re going to do it’.

“It doesn’t matter how talented you are, you need to give everything you have in MotoGP. You need to work with your team, provide the right feedback and have an open attitude.

“This is what I like from both Espargaro brothers.”

Espargaro's KTM return would leave either Gardner or Fernandez without a Tech3 ride, but both Fernandez and Miguel Oliveira (being replaced at the factory Red Bull squad by Jack Miller) are among those rumoured to be in contention for the new RNF Aprilia seats.

While Tech3 currently competes in KTM colours, there have also been long-running rumours that company boss Stefan Pierer may want to bring the sister GASGAS brand into MotoGP.

GASGAS and Husqvarna already use rebadged KTMs as ‘constructors’ in Moto3. It is not thought such a scenario would be welcomed in the premier-class but there would be nothing to prevent GASGAS gaining MotoGP exposure by becoming title sponsor of Tech3.